Rising. A Requiem For Father Murphy 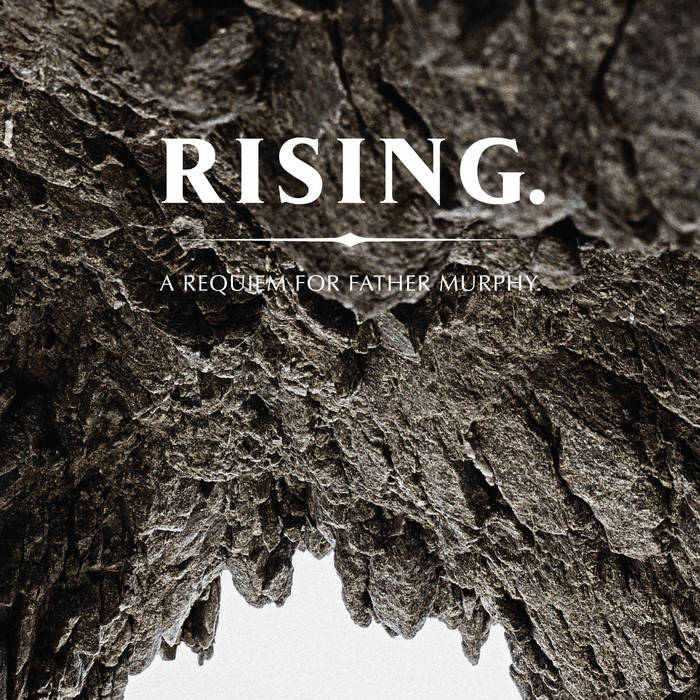 With Rising, the legend of Father Murphy reaches its culmination. Having gone from religious fanatic, to heretic priest, and ultimately concealing to his final fate on the cross, Rising is the moment Father Murphy finally meets his death. Taking the form of a Catholic requiem, Rising will be the final album from Father Murphy. It brings an end to a journey into faith; one longing for salvation and embracing failure.

Across the Italian occult duo’s 2015 ‘Trilogy of the Cross’ (the Calvary cassingle, Croce LP, and Lamentations EP) Father Murphy’s sound reached down into grave new depths, more inspired than ever by music from their Catholic heritage. They’ve long been integrating a wider variety of field recordings, empty space, drones, and sonic processes alongside their core elements of pounding percussion, ecclesiastical organs, gnarled guitars, and ritualistic chanting. Rising though, adds something new to the group’s music. The format of a requiem mass for the dead—in this case for the late Father Murphy himself—brings with it all manner of traditional structural codes, musical reprises, and lyrical rhyming schemes. During the recording process, these sorts of limitations represented something totally new for the project’s core members: Freddie Murphy and Chiara Lee.

“For the very first time we were not at liberty to do everything we wanted,” they explain. “We wanted to stick to the format but also to make it personal.” Father Murphy solved the challenge of integrating their clanging occult sounds into traditional requiem formats via various inventive ways. The text of ‘Libera Me’, for example—sung at the final moment of burial in a requiem mass since the 19th century—is replaced with a gut wrenching field recording of maggot larvae. “For us it's really the triumphant sound of death. something that brings you back to the earth through the most natural process.”

Certain moments see the music adhere far more closely to requia traditions, including the grander sounds of timpani or trombone, and following the metres and rhyme schemes borrowed from traditional texts. The words themselves have all been rewritten for Father Murphy’s requiem however, disengaging from their standardized religious message. The lyrics across Rising are far longer and more complex than the shorter chants and verse that made up previous albums, while the variety and sheer detail of sounds used by the duo has never before been wider or more daring. Even in its final hour, Father Murphy stick to their core working philosophy of sonic exploration; of never resting on what they’ve already accomplished, and always aiming for new fringes. With Rising: A Requiem for Father Murphy, the project reaches its zenith.

“It's from the high of the cross that Father Murphy accepts his death,” explain Freddie Murphy and Chiara Lee. “Death as a confirmation of his life.”

This is the final installment for Father Murphy's sonic journey. Our blood runs thanks to each and everyone of you who shared life and time with us throughout the years.
As we like to think, until the Path is no longer!

Father Murphy is the sound of the Catholic sense of Guilt.
A downward spiral aiming at the bottom of the hollow, and then digging even deeper.
Father Murphy over the years became one of the most mysterious and enigmatic musical entities coming out of Italy, part of that community that Simon Reynolds and Julian Cope started to call the new “Italian Occult Psychedelia”. ... more

Bandcamp Daily  your guide to the world of Bandcamp

New sounds from Mavi, Ivy Sole & Moderator, plus AJ, the One joins the show, for her latest release